Order for
Your online cart is empty.
Order for 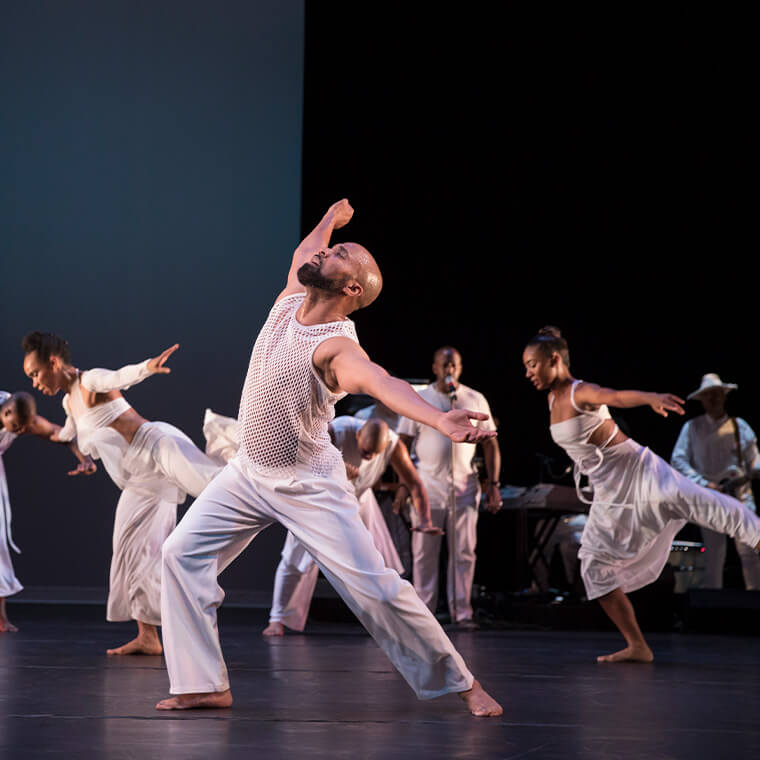 Celebrating its 35th anniversary, Ronald K. Brown/EVIDENCE’s body of work blends contemporary, African, Caribbean, and social dance forms to express spirituality, African-American and diaspora culture and the beauty of movement in many forms. Grace , Brown’s breakout piece performed first by the Alvin Ailey American Dance Theater 20 years ago, is a joyous and moving ode to God’s love as dancers make a journey to the promised land and features music by Duke Ellington as well as Afro-Pop beats. A newly commissioned companion piece, Mercy , is an ethereal movement meditation that seeks to guide our hearts set to music by Meshell Ndegeocello, originally composed for the company with acoustic guitar and vibraphone. “...’Grace’ achieves grace, like an answered prayer, but ‘Mercy’ is a plea for mercy, as yet unanswered. It’s honest, and the truth it tells should make us all the more grateful for anything like ‘Grace’.” (The New York Times )